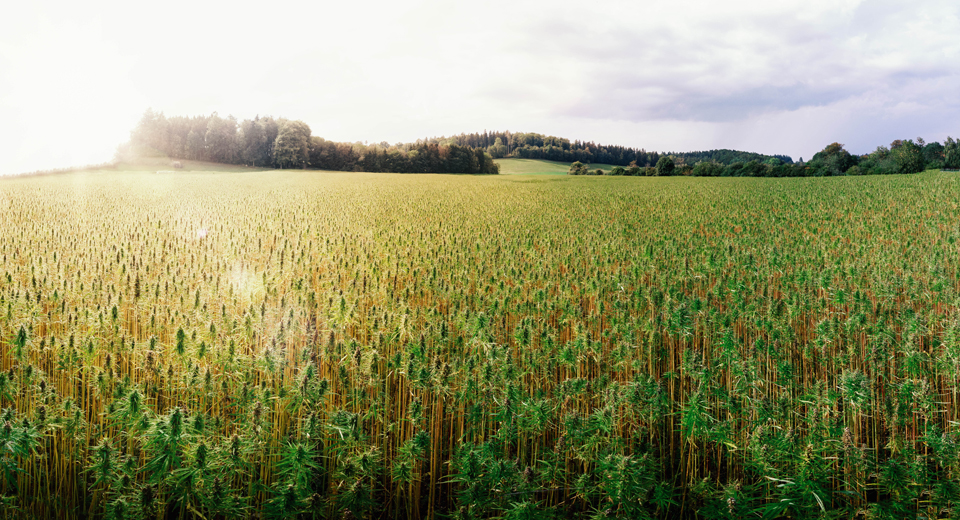 People who live in hemp houses …

Say there were a building material that lowered your energy bills and was resistant to fire and termites. Now say this material not only did those things, it took carbon dioxide out of the air instead of emitting it. Sounds pretty good, right? That building material exists, and it’s hempcrete. There were fewer than two dozen hemp houses throughout Australia six months ago, according to the ABC, but as people discover the benefits and as the industrial hemp supply chain grows, there is a buzz about hemp houses.

Hemp has been enjoying a surge in popularity over the last couple of years. In November 2017, hemp seed became a legal food ingredient. Since then, food products made from hemp have been used as dairy substitutes, protein supplements, and a source of omega acids.

Whilst it can be difficult to acquire, cannabidiol (CBD) oil extracted from hemp has been legal in Australia since 2016. It’s been known to relieve a number of chronic conditions such as joint pain and might even be useful as an anti-ageing component in skin creams, according to a three-year study by Bod Australia and the University of Technology Sydney. 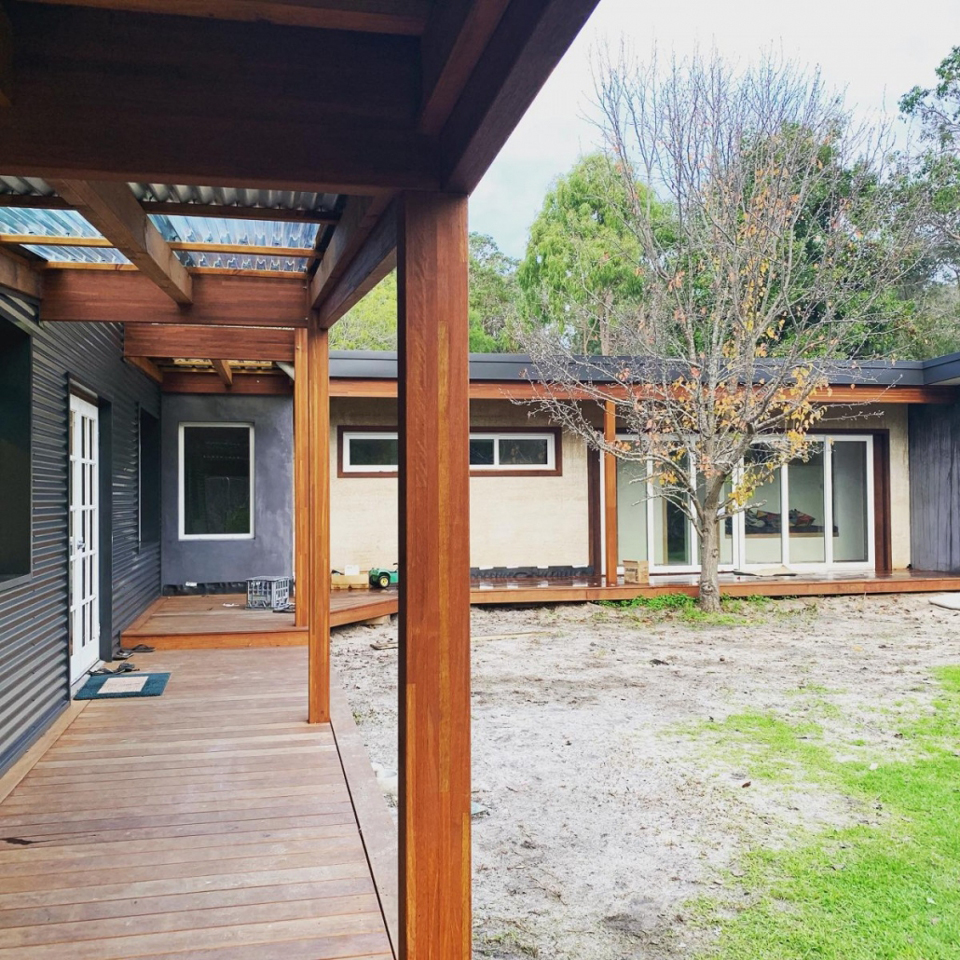 All this has led to the development of industrial hemp as a growing business for companies such as Australian Primary Hemp, The Hemp Corporation, and ECS Botanics, as well as growers Cathy and Andrew Briant.

Whilst cannabis that produces a psychoactive effect can have a THC per centage of 20 or more, most hemp varieties contain less than 1 per cent. That hasn’t stopped there being a cultural stigma around hemp, but you aren’t getting high off hemp. It has so many uses, though, that growers in the US and Canada are struggling to produce enough to meet demands.

To date, seeds have been the source material for most hemp-based products. This leaves a lot of potentially useful material wasted. But stalks are increasingly being used to make hempcrete for the construction of hemp houses. Hempcrete is a mixture of hemp hurds (the woody interior of stalks), lime, and water. Whereas cement is responsible for 7 per cent of global CO2 emissions — mostly from kilns in the production phase — hemp fields absorb carbon, and the hurds continue to do so in hempcrete. Thus, the walls of hemp houses go beyond carbon neutral, they’re carbon negative, actively removing CO2 from the air around them.

The walls are also great for ventilation and temperature regulation, enabling passive construction, where electricity is not needed or is barely needed to heat or cool a building. According to Southern Hemp owner David Brian, who installs hemp walls and teaches farmers in Victoria and southern New South Wales how to grow hemp, this can  reduce energy costs by 80 per cent.

Hemp houses are also biodegradable, one of the many features Witchcliffe, WA homeowner Andrea Beck appreciates. “We love our house — Sativa Sanctuary. It was grown in 14 weeks, and if ever we want to demolish it (never) we can push it straight into the ground. Hempcrete is good for the body and good for the planet,” she told the Blue Mountains Gazette of Hemp Homes Australia’s handiwork. “We wanted to build as environmentally friendly as possible and the material ticked all the boxes. The material is termite resistant, breathable, has thermal mass properties, very good acoustic values and is fire retardant.”

Walls in hemp houses are not load-bearing and can’t be chased, and construction needs to be timed carefully because hempcrete can crack if it dries too quickly. Still, that’s a tradeoff Beck and others are happy to make.

A dozen of the hemp houses across the country are in the DecoHousing project in Denmark, WA. The $44.9 million development enjoys a 9.2-star energy rating and features several multigenerational units. Residents moved in during September 2018. 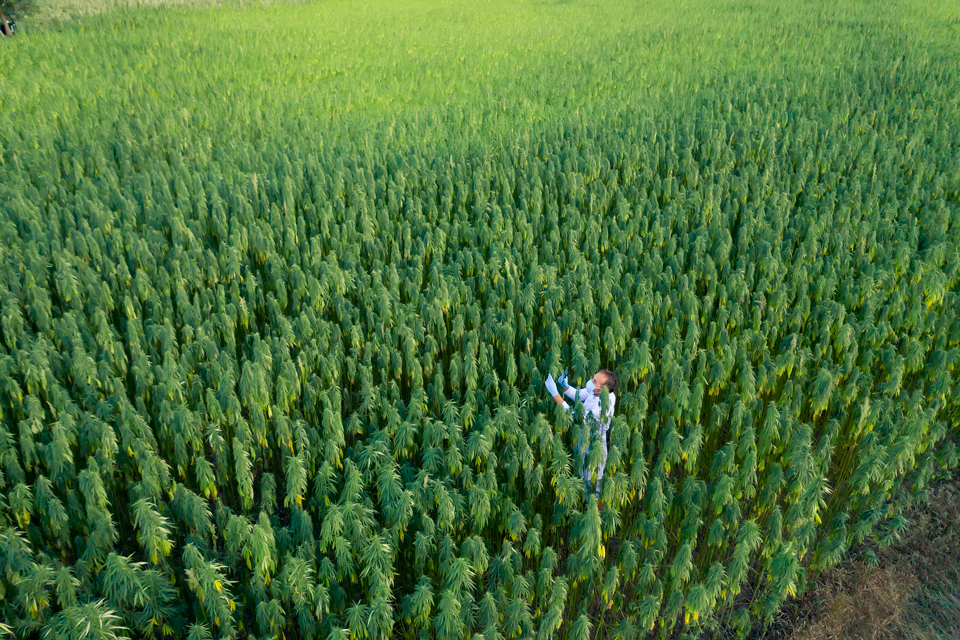 “I’m told from our international connections that it might be the biggest hemp construction built in the southern hemisphere at the moment,” project manager and resident Paul Llewellyn told the ABC.

The fire-resistant aspect of hemp houses greatly appealed to Llewellyn. “If anyone was going to build a house out of hempcrete on a bush block, I think they would feel very safe in their homes and that’s what we think should be a benchmark in Australia,” he said.

Llewellyn said the development had already inspired a few other hemp houses to be built in the area. As demand for hempcrete grows, more producers will be needed, with the skills to grow hemp in their local climates. There are about 2,000 varieties of the plant, with some better suited than others to hotter and drier areas, and some more tailored to yielding useful seeds and others better for harvesting the stalks. As it is an annual crop, farmers ought to be able to keep hempcrete builders such as Mirreco and the Australian Hemp Masonry Company in supply. 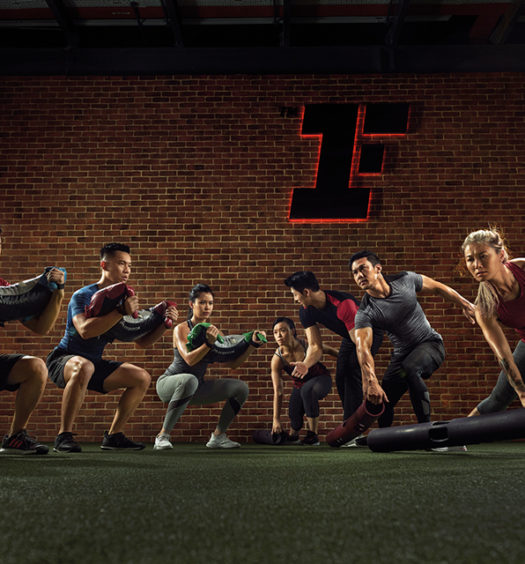 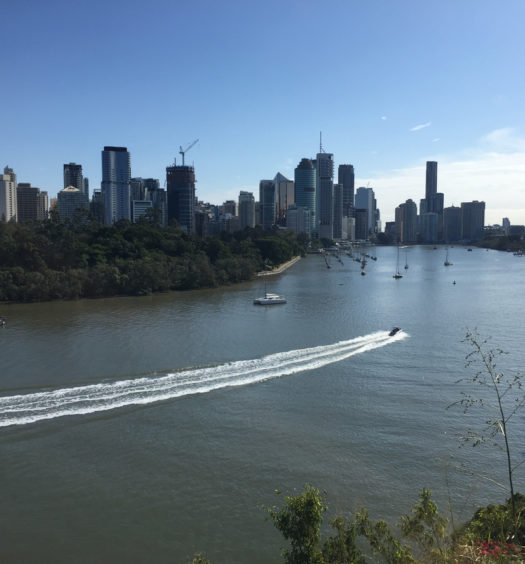