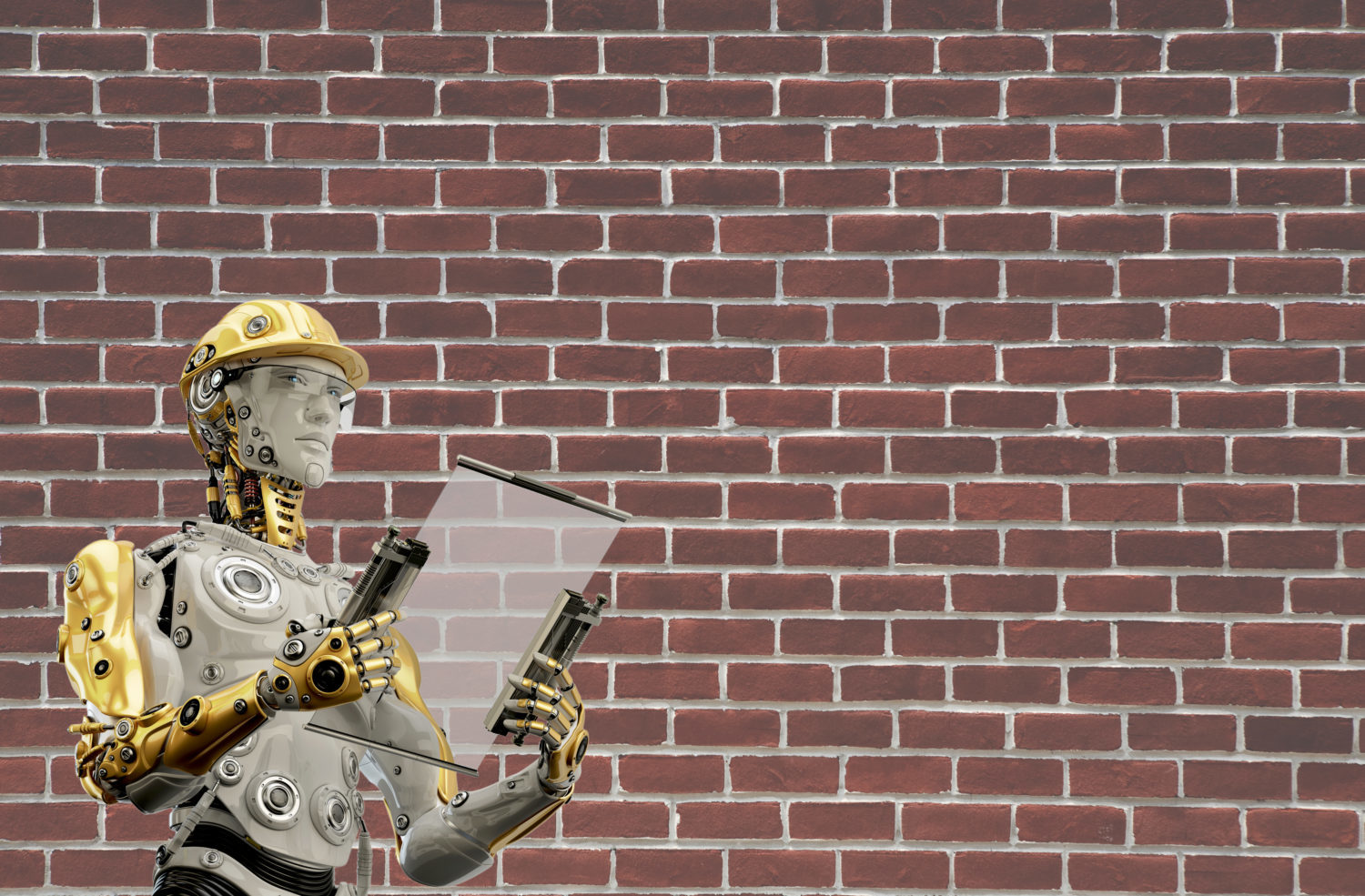 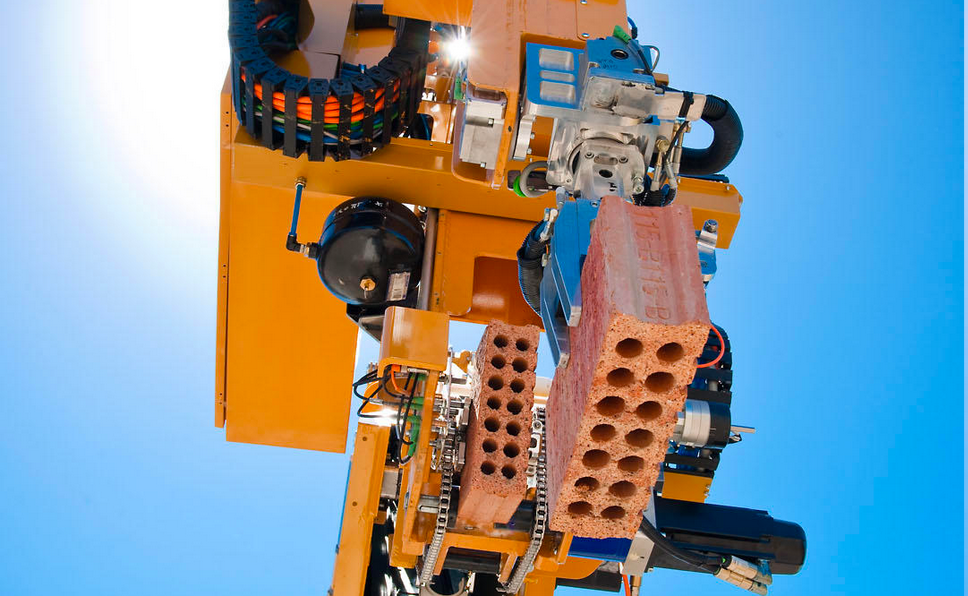 Masons around the world can testify bricklaying is brutally punishing labor with little change taking place over the last few thousand years. Erecting a home or other structure from the ground up tends to be a lengthy process, taking typical crews at least six weeks or more to complete. But an industry newcomer known simply as Hadrian holds the potential to rebuild the entire framework of this field.

Evolution in Effect
Born of technology rather than years of apprenticeship, Hadrian bears no resemblance to the average bricklayer. Simply stated, it’s a robot. Developed by engineer Mark Pivac, this masonry marvel is the culmination of 10 years of research and development backed by approximately $7 million dollars in funding. Along with his cousin Mike, Pivac founded Australia-based company Fastbrick Robotics to further their advancements in the industry.

The Science behind the Machine
Using computer-aided design technology, Hadrian scans blueprints and drums up accurate accounts of exactly where each brick should be placed. After drawing mortar from an onboard reserve and applying it to each brick, Hadrian lays about 1,000 pieces per hour using a 28-metre hinged boom; in comparison, the fastest human masons on record accomplish all this at a pace of 700 per hour. This robotic bricklayer is also capable of measuring and cutting when necessary, such as at corners and doorways, and figuring in channels for plumbing and wiring.

Initially, industry experts were concerned by the limitations of machines in this type of work. Hadrian’s creator anticipated these issues and incorporated a number of programming innovations to offset them. The robot has been designed to implement 1,000 movement corrections per second based on conditions like wind and movement caused by vibrations from the machine itself, a feat previously only possible with human workers.

“We’re at a technological nexus where a few different technologies have got to the level where it’s now possible to do it, and that’s what we’ve done,” said Pivac.

Advantages of Advancement
As an automated object, Hadrian has no need for sick leave, lunch hours, or sleep, meaning it offers around-the-clock performance. Combining this fact with its capacity for speed, the machine is able to effectively reduce this leg of the construction phase to about two days in most cases.

“The Hadrian reduces the overall construction time of a standard home by approximately six weeks,” explained Pivac. “Due to the high level of accuracy we achieve, most other components like kitchens nd bathrooms and roof trusses can be manufactured in parallel and simply fitted as soon as the bricklaying is completed.”

From Insufficiency to Inception
Before bringing about the Hadrian, creator Mark Pivac became aware of an impending shortage in Australia’s bricklaying industry. Current workers were aging and would soon reach retirement age; at the same time, few young people were being drawn to the masonry trade. With a dwindling workforce and no lack of demand in sight, Pivac realized action needed to be taken to combat the potential crisis to ensue. Thus, Hadrian came into play.

Pivac received little opposition from industry frontrunners upon sharing his concept; in fact, he was met with quite the opposite response. Full rights to the Hadrian have already been claimed by local investment company DMY Capital Limited.

“We were immediately excited by the opportunity and see an enormous potential both domestically and later globally,” asserted Chairman Gabriel Chiappini. Funding has also been granted by Australian-owned clay and concrete products conglomerate, Brickworks, Ltd.

Public Concerns
Obviously, the primary complaint of the general population is the same as any new technology faces: automation eliminates human jobs. In response to this, Pivac noted, “We have absolutely nothing against bricklayers. The problem is the average age of bricklayers is going up and it’s difficult to attract new young people to the trade.”

The Pivac cousins responsible for Hadrian’s development, as well as investors, insist the purpose of this robotic solution to a growing issue is not to replace humans, but to reinforce them. Their hope is the machine will help circumvent future stalls in the real estate market brought about by the looming lack of skilled bricklayers. At the same time, emphasizing the highly celebrated robotics sector in this regard is expected to more readily attract members of the younger generation to the industry.

It should be mentioned Hadrian is not a standalone device. Humans are still needed to facilitate its operation. The machine must be programmed and clued in on blueprints being used for each structure. Workers are necessary for supplying its mortar reserves as well as a number of other elements. Hadrian is merely a vessel through which to reduce heavy lifting, stave off injuries, and increase production.

In Conclusion
Though Hadrian remains in the working prototype phase at this point, Perth is projected to see commercial sales of the robotic bricklayer within a year. Shortly thereafter, DMY Capital Limited expects to take the product national with global sales in the forecast for the near future. Rising young people soon to be heading into the country’s workforce may be drawn to the promise of growing technology in the masonry field; in the meantime, Hadrian could certainly serve to supplement the current waning worker availability. 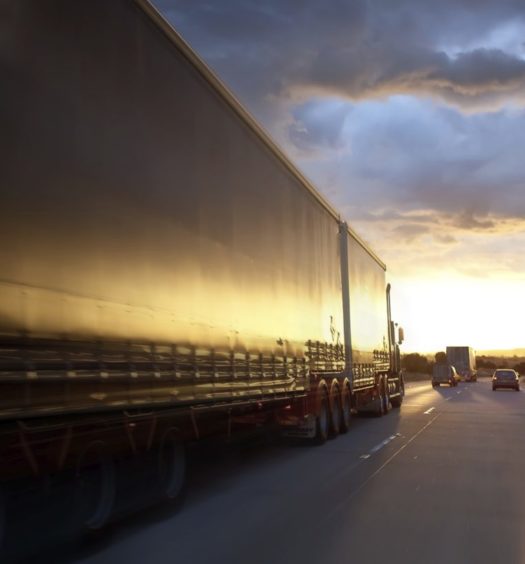 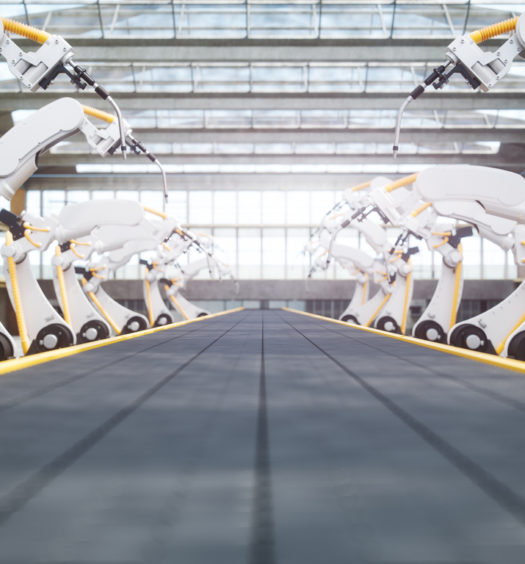 How AI, automation, and the gig economy are transforming the workplace

Read More
How AI, automation, and the gig economy are transforming the workplace
Submit a Comment